﻿
For the first time a provocative command on millions of tiny capsules!
"The event took place at the Bussey building/CLF Art Cafe in Peckham, as a collaboration between Johanna Maj Schmidt and Athanasios Anagnostopoulos. The night included two DJ sets, played by DJ Jamanna Hoj (Leipzig/Berlin), Len & O.G. (London and TREADLondon. The performance was surrounded by visuals and text projections. Moving and blinking text told my personal narration about how the party leader of Alliance 90’/The Greens had introduced Johanna to DJing in Berlin when she did an internship
at his head office, just before she moved to London. A club like the Bussey Building was chosebn as it is a major gentrifying presence in the area of Peckham. The visuals included an animated transcript of an interview about gentrification that Johanna and Athanasios had with Natalie Bennett, leader of the Green Party of England and Wales. Another projection showed a 3D pill hypnotically moving in a dark space, with the letters P-ME engraved on it and the subtitle “politicize-me”. Footage from Leni Riefenstahl’s Triump of Will
also appeared in the video sporadically mixing nazi youth crowds and nazi-era celebrations with the floating 3D pill. Real replicas of the pill in the video, which was modelled after tic-tac mints, were put into small plastic bags and left in various spots in the club i.e. toilet booths, dancefloor. This caused confusion among the crowd and puzzled the security guards who were trying to get rid of the fake pill bags. The ShowDontTellShow was about linking nightlife gentrification to racial and class issues." 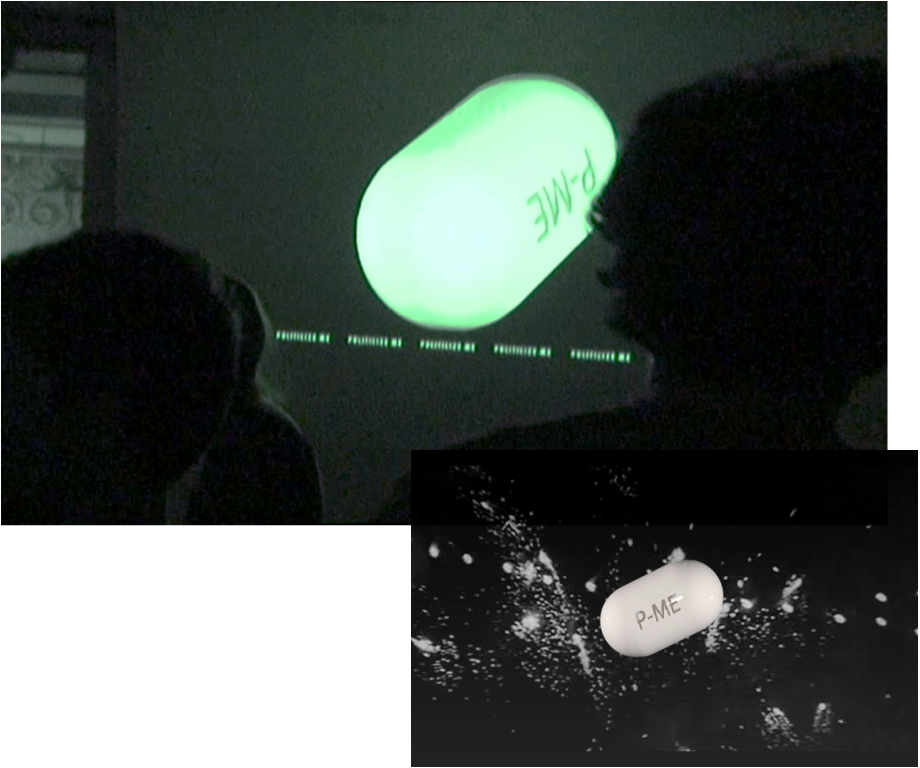 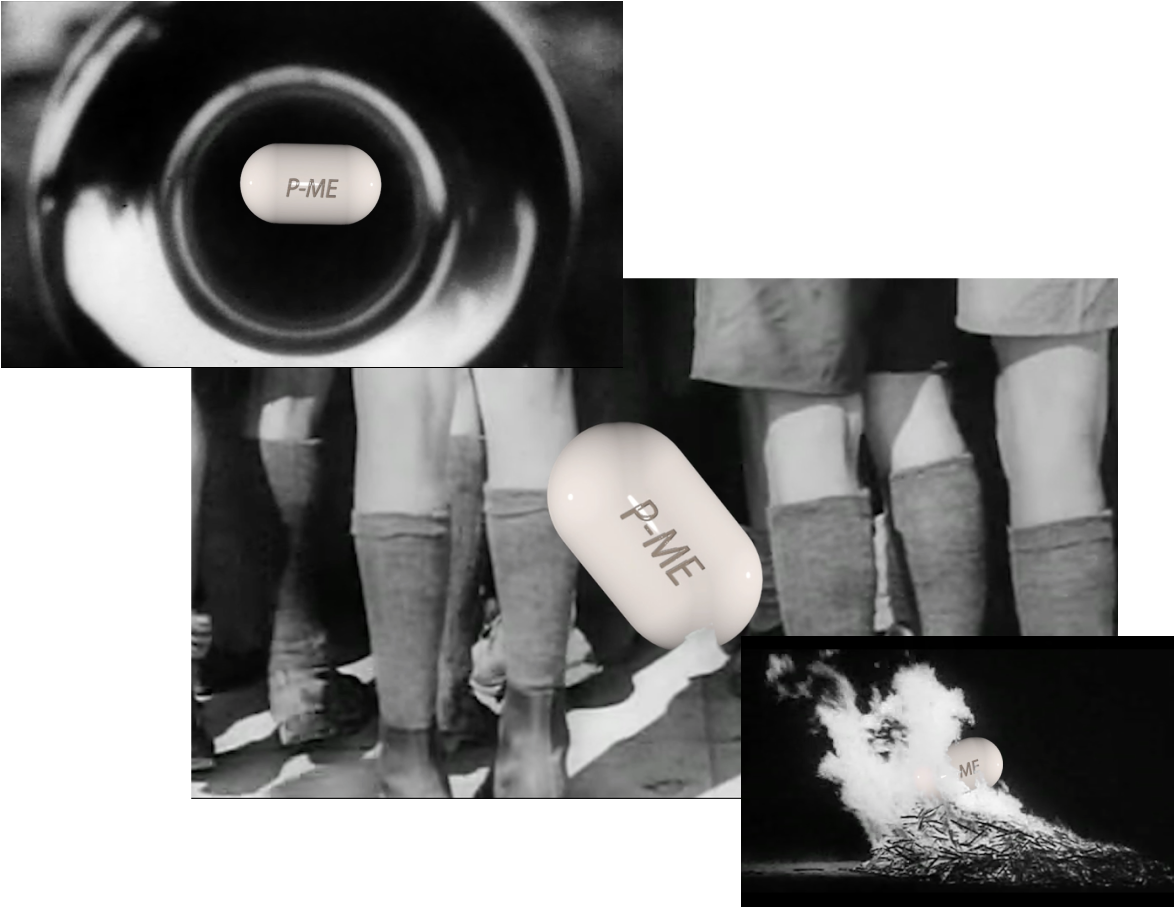