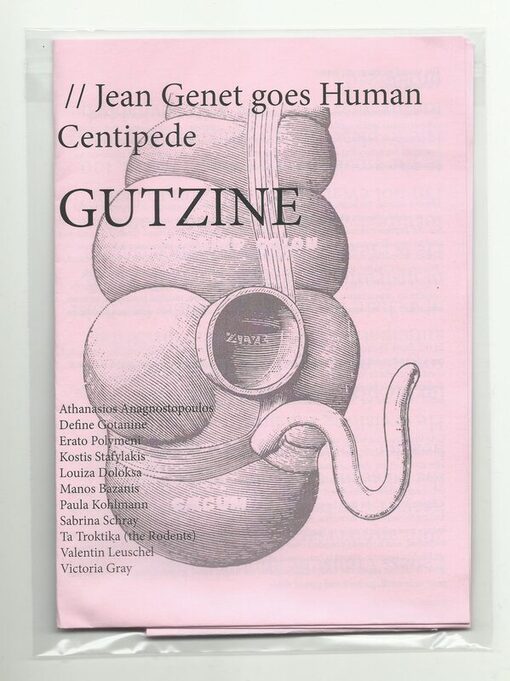 Athanasios Anagnostopoulos - Tupperware @ Gutzine
​
Gutzine is a queer, community-oriented publication for artists, activists and writers whose work deals with issues of body politics, gender and sexuality. It was conceptualised and initiated by Foivos Dousos and Queer Ink. For the launch of Gutzine, an event with performances, readings and discussions took place in 2017 at Künstlerhaus Stuttgart.

Queer Ink is a publishing initiative aiming at producing, publishing and promoting printed and electronic material on feminist and queer politics. Queer Ink aspires to publish books and to produce material that opens political and theoretical discussions on its core topics. At the same time, Queer Ink promotes literary work produced by people who belong to sexual and other minorities. We build a creative community and spread the material produced within this community to the wider public. Queer as a verb means: "to take a look at the foundations of things and to question them". In that sense, Queer Ink aspires to queer the publishing process, new media and writing as such.